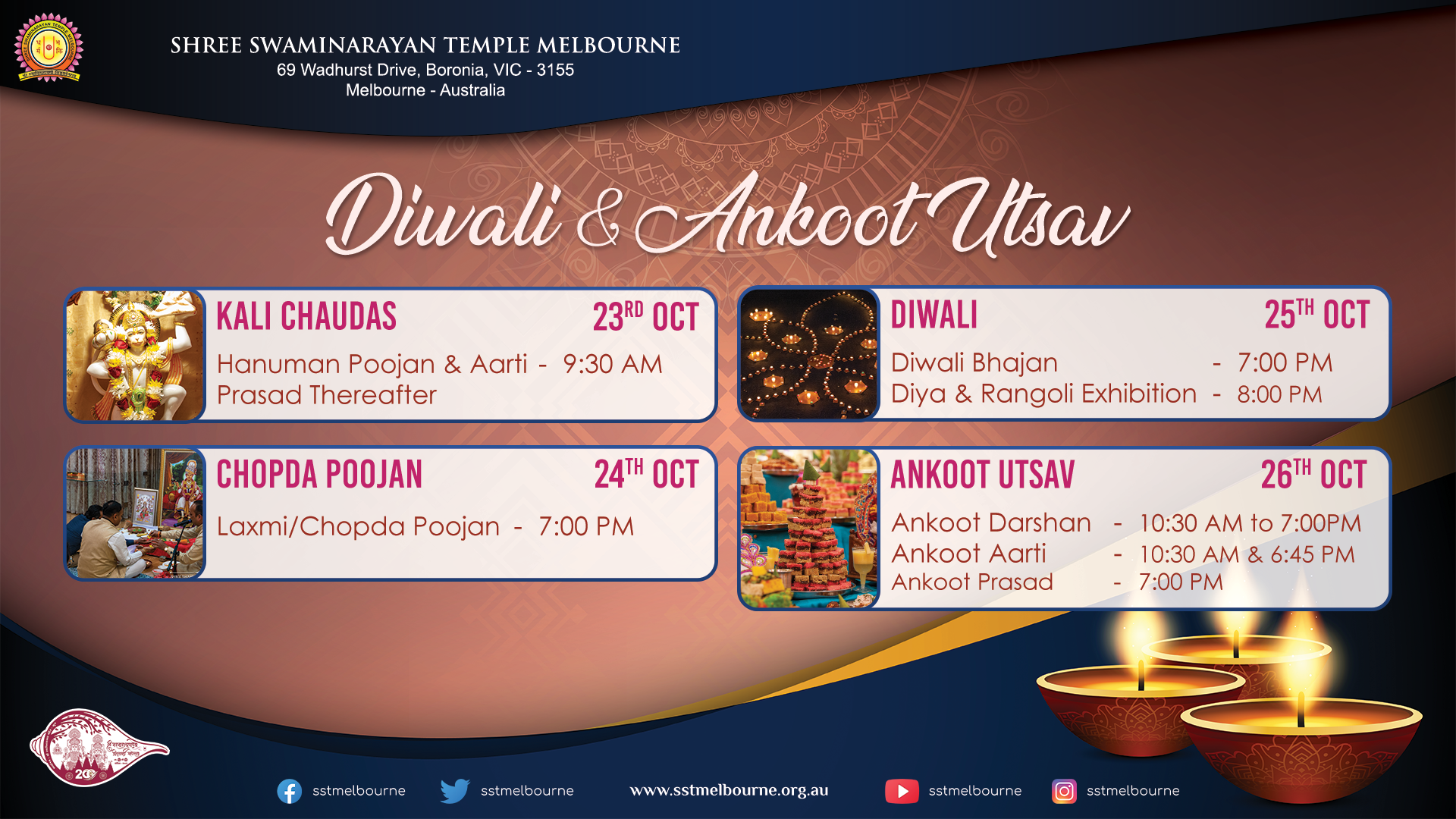 Diwali is a festival of lights and one of the major festivals celebrated by Hindus. The festival usually lasts five days and is celebrated during the Hindu lunisolar month Kartika (between mid-October and mid-November. One of the most popular festivals of Hinduism, Diwali symbolizes the spiritual “Victory of light over darkness, good over evil, and knowledge over ignorance”. The festival is widely associated with Lakshmi, goddess of prosperity and Ganesha, god of wisdom and the remover of obstacles, with many other regional traditions.

In the lead-up to Deepavali, celebrants will prepare by cleaning, renovating, and decorating their homes and workplaces with Diyas (oil lamps) and Rangolis (colorful art circle patterns). During Diwali, people wear their finest clothes, illuminate the interior and exterior of their homes with Diyas and Rangoli, perform worship ceremonies of Lakshmi, the goddess of prosperity and wealth, light fireworks, and partake in family feasts, where mithai (sweets) and gifts are shared.

The five-day long festival originated in the Indian subcontinent and is mentioned in early Sanskrit texts. Diwali is usually celebrated twenty days after the Vijayadashami (Dussehra) festival, with Dhanteras, or the regional equivalent, marking the first day of the festival when celebrants prepare by cleaning their homes and making decorations on the floor, such as Rangolis. The second day is Kali Chaudas where prayers are offered to Hanumanji. The third day is the day of Lakshmi Puja and the darkest night of the traditional month. In some parts of India, the day after Lakshmi Puja is marked with the Govardhan Puja, Ankoot Utsav where 100’s of various food dishes are offered to the deities and this day also marks the start of the Hindu New Year. Some Hindu communities mark the last day as Bhai Dooj or the regional equivalent, which is dedicated to the bond between sister and brother.